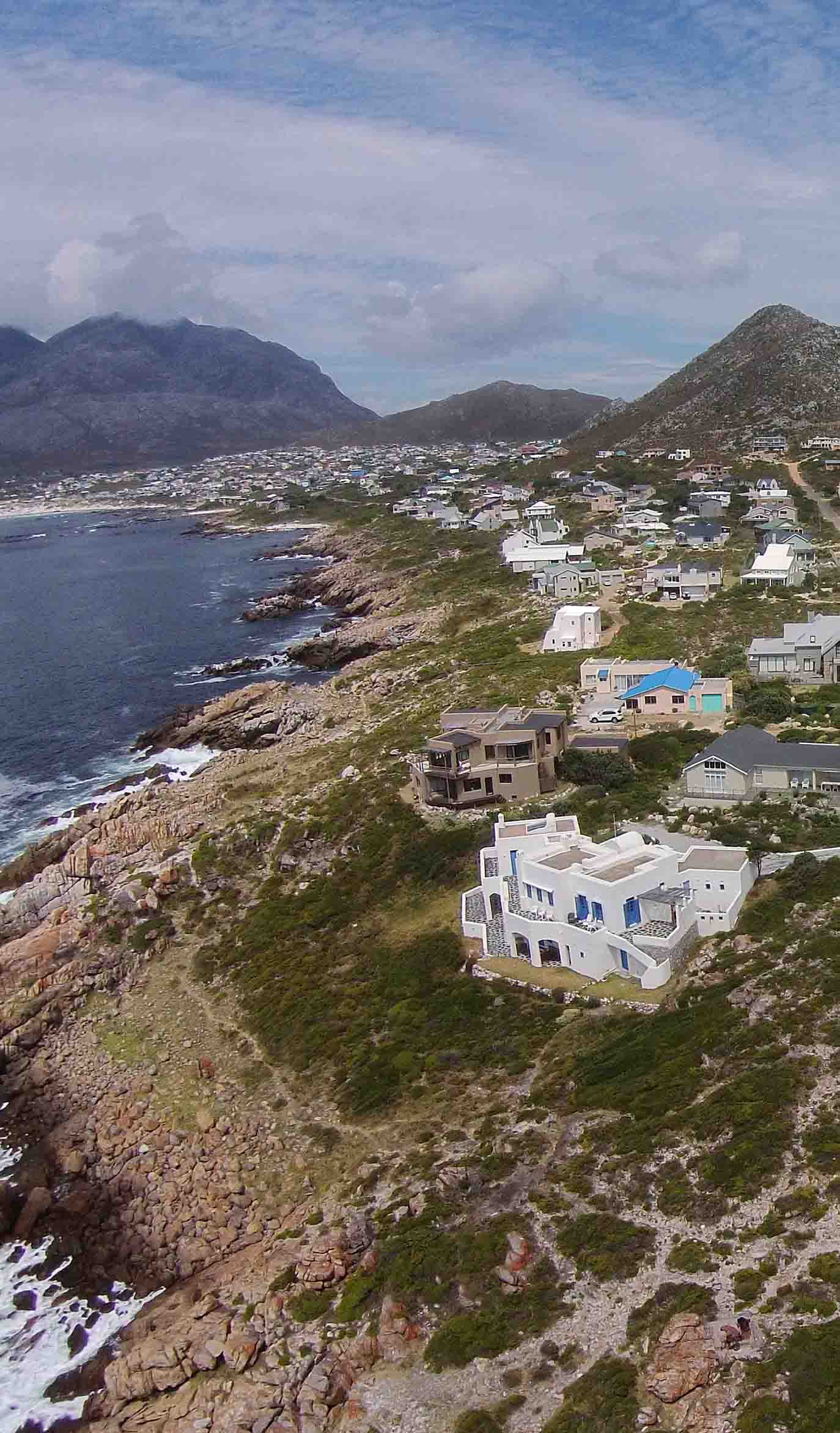 Pringle Bay, named after Rear Admiral Thomas Pringle in 1797, is famous for its rocky shores and the cave, “Drostersgat”, which was used by prisoners and runaway slaves as a hide-away in the 18th century. The cave is on private ground – it is difficult to find, in a steep inlet washed by the sea and entrance can only be gained by letting yourself down by rope between the slanting rock walls – an isolated and daunting place. A resident of nearby Onrus in the 1890’s had visited the cave at Pringle Bay and found skeletons, the remains of game and proof of fires.

Pringle Bay was also influenced by the Second World War. A radar station was first built in 1942 and used to monitor shipping. There were two radar screens, one called Hangklip, behind the Hangklip Hotel and the other one was called Silversands, looking out over the later lighthouse site. Silversands radar station was ‘manned’ by women and the Hangklip Hotel was built as barracks for the technicians and watchers. The present Jewish holiday camp, Netzer Maginim, served as prison for Italian prisoners-of-war who were used as labourers to build (without bulldozers, only spades and picks) the scenic coastal road, today known as Clarence Drive.room6

The quaint seaside village of Pringle Bay draws a diversity of individuals. It is home and hide-away to many talented artists in the theatre, film and art industry. Pringle Bay provides a safe environment for children and the ideal retirement haven for senior citizens.

The mountain landscape on this eastern edge of False Bay offers some of the most spectacular scenery in the Western Cape, where the region’s complex system of folded mountains is probably better illustrated than anywhere else.

The village has changed dramatically in the past few years. It’s proximity to Cape Town, linked by an excellent road and one of the most scenic drives in the world – Clarence Drive – has seen the number of permanent residents double. Substantial homes are now being built in the area and the residents’ profile has changed, alongside their needs and expectations.

Cycle along the coastal paths while searching for seasonal whales

A number of Golf courses are available within easy reach

Bird watching in the Villa garden.The honey suckers are a delight in the fynbos. Lounge at the pool with a book or simply relax while taking in the splendor of the sea. stay to remember.

Walk along the pristine beaches or invigorate yourself with a swim in the refreshing ocean. Explore the tidal pools in front of the Villa. Hiking and mountain biking, in the surrounding mountains.

Explore the wine routes in the vicinity

experience total relaxation If you would like to view the availability at Villa Marine or make a booking, please click on the button
BOOK ONLINE